I first used the term “postmemory” in an article on Art Spiegelman’s Maus in the early 1990s. Since then I’ve been trying to define and refine it, on the basis of personal experience and my reading and viewing of the work of writers and artists of the postgenerations. A number of my essays over the last two decades, several co-edited volumes, as well as the three books featured here, have been devoted to this project. Much of this work has been done in collaboration with Leo Spitzer.

“Postmemory” describes the relationship that the “generation after” bears to the personal, collective, and cultural trauma of those who came before-to experiences they “remember” only by means of the stories, images, and behaviors among which they grew up. But these experiences were transmitted to them so deeply and affectively as to seem to constitute memories in their own right. Postmemory´s connection to the past is thus actually mediated not by recall but by imaginative investment, projection, and creation. To grow up with overwhelming inherited memories, to be dominated by narratives that preceded one’s birth or one’s consciousness, is to risk having one’s own life stories displaced, even evacuated, by our ancestors. It is to be shaped, however indirectly, by traumatic fragments of events that still defy narrative reconstruction and exceed comprehension. These events happened in the past, but their effects continue into the present. 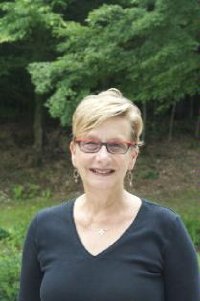 Marianne Hirsch was born in Romania after the Second World War and immigrated to the United States as a teenager. She is William Peterfield Trent Professor of English and Comparative Literature and Professor in the Institute or Research on Women and Gender at Columbia University, as well as former President of the Modern Language Association of America. She has worked extensively on the second-generation memory of the Holocaust and has written several books on family narratives in literature and photography. Her most recent books are School Photos in Liquid Time: Reframing Difference (with Leo Spitzer), The Generation of Postmemory, Ghosts of Home: The Afterlife of Czernowitz in Jewish Memory (with Leo Spitzer), and Women Mobilizing Memory (co-edited with Ayşe Gül Altınay, María José Contreras, Jean Howard, Banu Karaca, and Alisa Solomon).

Find more about Professor Hirsch and her work through her faculty website at Columbia University and her Wikipedia page. More information about her longtime collaborator, Leo Spitzer, is available at his personal website.

Please consider buying these books from your local bookstore. If they don’t carry them, you can ask them to order it for you. As an alternative, order online: